Crockpot Braised Short Ribs are beef short ribs that are seared and then transferred to a crockpot to cook in a beef broth and vegetable mixture. 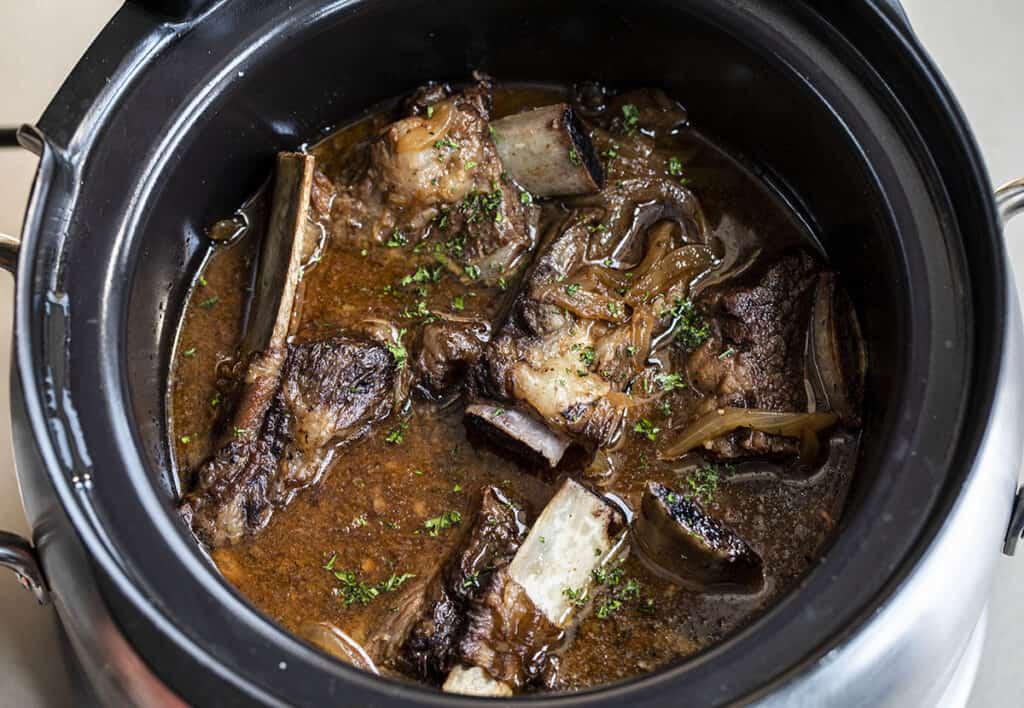 CROCKPOT BRAISED SHORT RIBS
If you are looking for tender meat, this is the crockpot braised short ribs recipe for you! Braising the short ribs is a method where you sear the meat. Then, the meat is slowly cooked in a liquid for a flavorful and melt-in-your-mouth tender cut of meat. It is simpler than it may seem, and it makes a tougher cut of meat (like short ribs) fall off the bone.

CROCKPOT BRAISED SHORT RIBS INGREDIENTS
Beef: Short ribs are generally braised. As stated, braising the short ribs helps the meat become tender, since they are a tougher cut of meat. You could also use this recipe with beef chuck if you can’t get any short ribs.

Vegetables: I added onions, mushrooms, and garlic, as well as tomato paste, for flavor. You could also add other veggies like carrots, beets, radishes, sweet potatoes, or turnips.

Beef Broth: I stuck with only using beef broth. However, you could use half beef broth and half dry red wine, if you prefer. 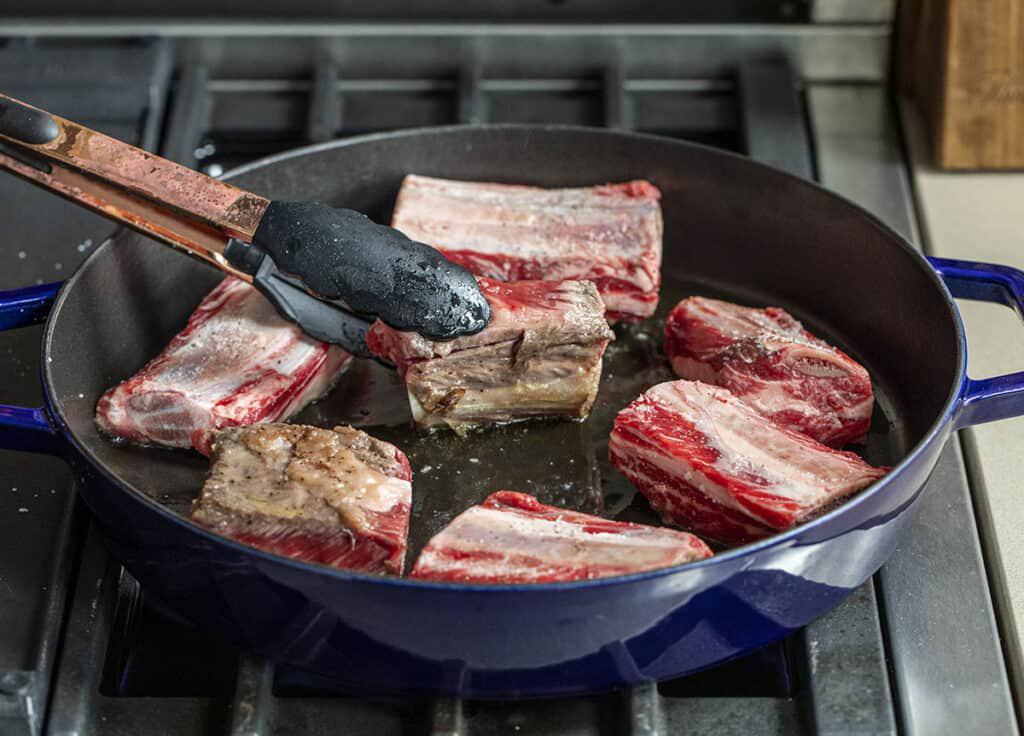 HOW TO BUY SHORT RIBS
The first thing you need to do is choose the short ribs for the recipe. When buying short ribs, which could also be labeled beef chuck short ribs or arm short ribs, look for well-marbled cuts of beef. Choose bone-in cuts of meat without a whole lot of fat on the surface. The thickest fat on the surface will need to be trimmed before cooking.

Look for English-style cut short ribs for best results when braising. This is when the meat is separated from one another along the bone. However, flanken-style short ribs (thinly cut across the bones) would also work in this recipe. 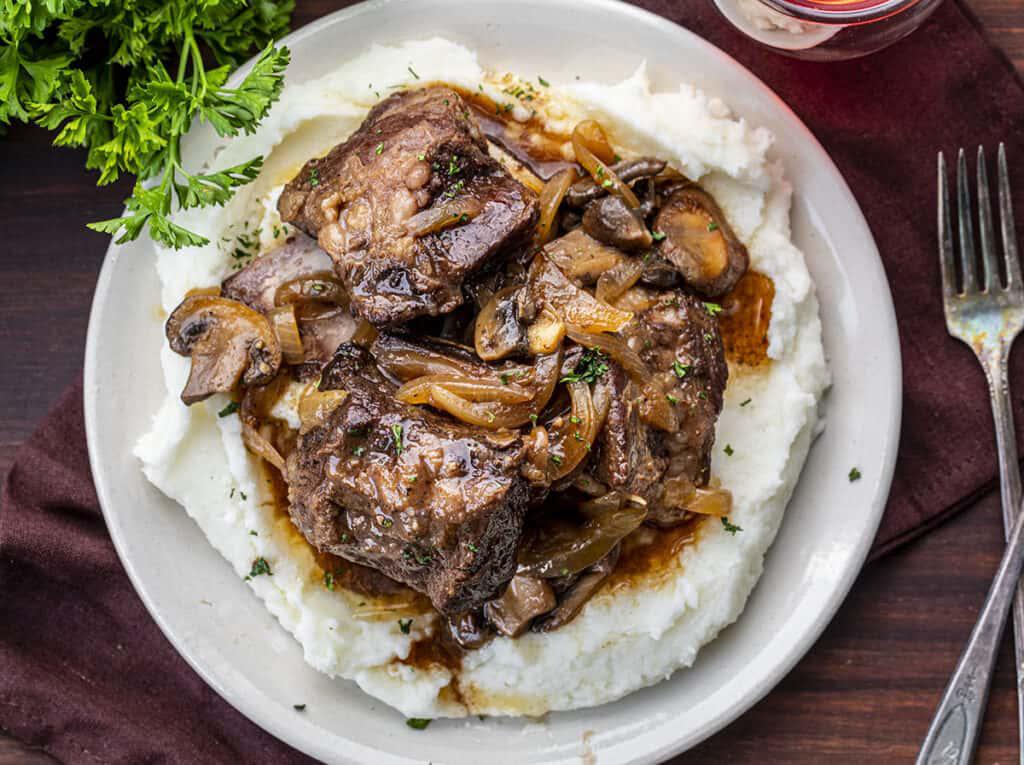 PREPARING SHORT RIBS
Once you have your cuts of meat picked out and at home, it’s time to get them ready to cook. First, use a sharp knife to cut off any of the thickest fat along the surface of the meat. Do not remove the silverskin (a layer of silvery sheen) or membrane; these hold the meat to the bone while cooking.

After trimming the short ribs, season all sides of the beef with salt and pepper. In a large skillet over medium-high heat, add the oil. Once the oil is hot, sear the beef on both sides for 1-2 minutes, starting bone side up. The meat will not be cooked through; it will continue to cook in the crockpot. Transfer the seared meat to a large crockpot.

HOW TO MAKE CROCKPOT BRAISED SHORT RIBS
Once you have the seared short ribs in the crockpot or slow cooker, cook the vegetables. To the same skillet as you seared the beef, add the onions, mushrooms, and tomato paste. Stir to combine and make sure the vegetables are coated with the tomato paste. Cook over medium heat for 3-5 minutes.

Next, add the garlic and cook for about a minute. Then, increase the heat to high and pour in the beef broth. Bring the mixture to a boil, followed by reducing the heat to simmer for about five minutes. Stir occasionally, scraping down the sides of the skillet when needed.

Pour the mixture over the ribs in the crockpot. Cook on low for 7-8 hours. Or, cook on high for 3-5 hours. The braised short ribs are done when the meat easily falls off the bone. Serve over homemade mashed potatoes. Braised short ribs also pair nicely with a side of Roasted Zucchini Spears or roasted asparagus. 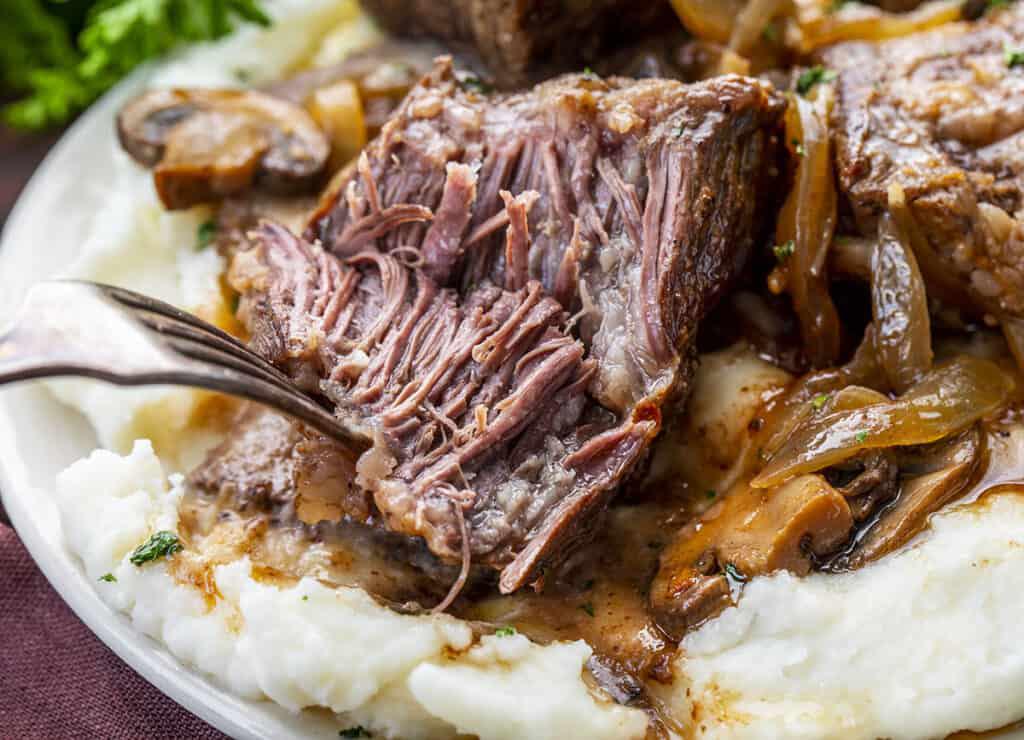 Season short ribs on all sides with salt and pepper.

Heat oil in a large skillet over medium-high heat.

Add seasoned ribs to the hot oil (bone side up first)and sear on each side for 1-2 minutes, until browned. (The ribs will not be cooked through.)

Remove and transfer ribs to a large crockpot.

To the same skillet, add onions, mushrooms, and tomato paste. Stir to coat the vegetables. Cook over medium heat until onions are tender (about 3-5 minutes).

Add garlic and cook for one more minute.

Increase the heat to high and pour in the beef broth, stirring often and scraping up the brown bits from the pan. Bring the mixture to a boil and then reduce heat to medium. Simmer for 5 minutes, stirring and scraping the sides as needed.

Pour over the ribs in the crockpot.

The ribs are done cooking when they easily fall off the bone. 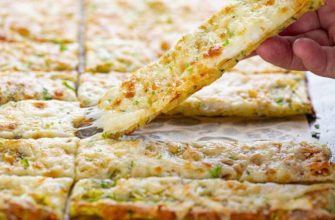 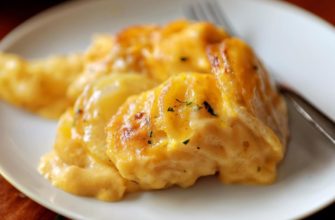 Other recipes
Perfect Cheesy Scalloped Potatoes
We can’t get enough of this delicious recipe.
0 89 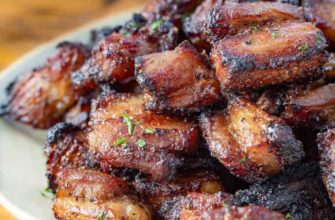 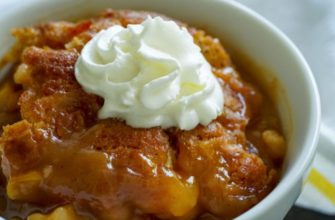 Sweets
Have you ever had Tennessee peach pudding?
Have faith with the topping – it always turns out!
0 51 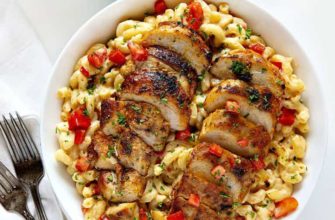 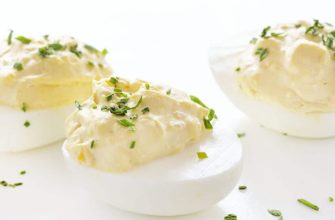 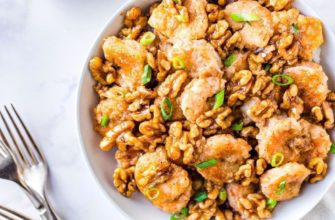 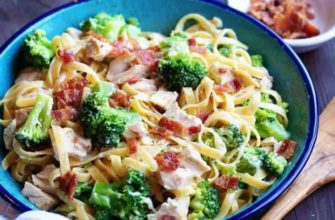 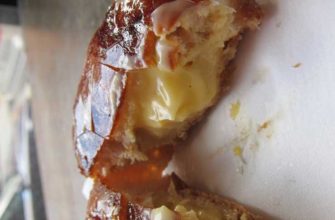 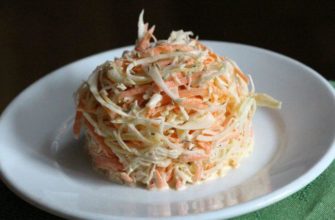 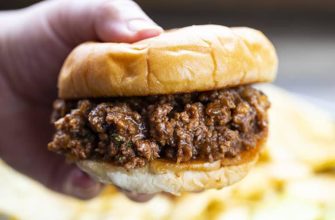